A talk illustrated with six musical interludes on Eduard Soermus, an Estonian violinist who lived in Merthyr Tydfil at the end of the First World War but was expelled from Britain in 1919.  The concert in Bargoed that led to his expulsion was chaired by conscientious objector Morgan Evans (later an MP) and the debate at the concert between Bolshevik-supporting Soermus, the Independent Labour Party pacifist Evans and an outraged soldier in the audience dramatically illustrates the division of opinion over Commemoration, Conflict and Conscience at the time.

The words are supplied by Colin Thomas, a member of Remembering the Real World War 1 group and a director and producer with more than half a lifetime of innovative, restless, rebellious film making under his belt.

The violinist, Oliver Wilson-Dickson, plays with the Devil’s Violin Company, Jamie Smith’s Mabon and Welsh folk group Alaw who played at the Proms last year. BBC’s Radio 2 magazine described him as “an expressive and exceptional fiddler” and the folk magazine Taplas as “a master musician who can make his violin sit up and beg.” 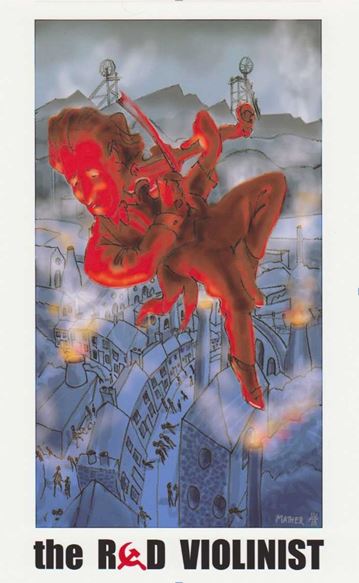